One motif says to the other: I can’t take my eyes off you
-
Performance, 30 min, 2018
Silk scarves, temporary tattoos, music
A work with Adrian Schindler
-
A chain-reaction-like choreography of tied scarves structures the performance. They are placed alternately on one body and then the other, evoking sophisticated ways of dressing (a knot on the neck in the shape of a flower) as well as more improvised solutions (a sling for a broken arm). As they are folded and unfolded, the silk scarves reveal fragments of the well-known iconography of property and domination that adorns them: chains, ropes, belts, reins. On four occasions, a scarf is laid open on the ground and becomes a narrow stage. There, the ghosts of Olive Oatman, Prince Jeoly aka “The painted prince”, Tupai Kupa and an anonymous Berber woman speak up. Their biographies are all marked by the encounter between colonizers and tribal societies and share the fact that the skin of the four figures are covered in tattoos. In between these apparitions, an endless compilation of covers of the same song drags the audience into an hypnotic state: “You’re just too good to be true, I can’t take my eyes off you...” The performance One motif says to the other... proposes that two apparently remote kinds of ornament face each other. In the imaginary curve that connects them lies a continuous story of control and subjugation, fruit of our conflictual relation to difference. 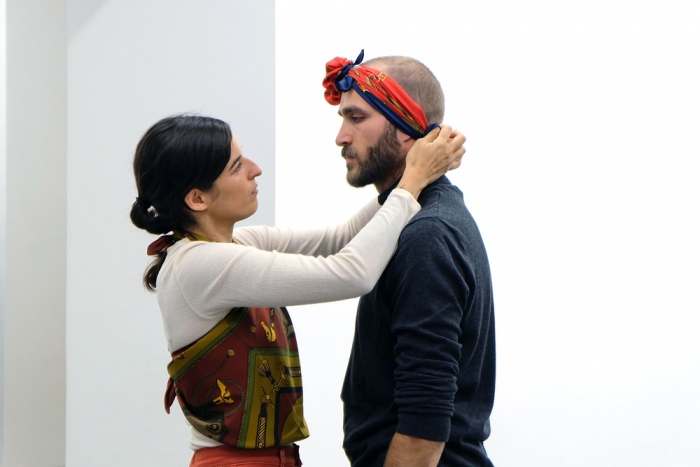 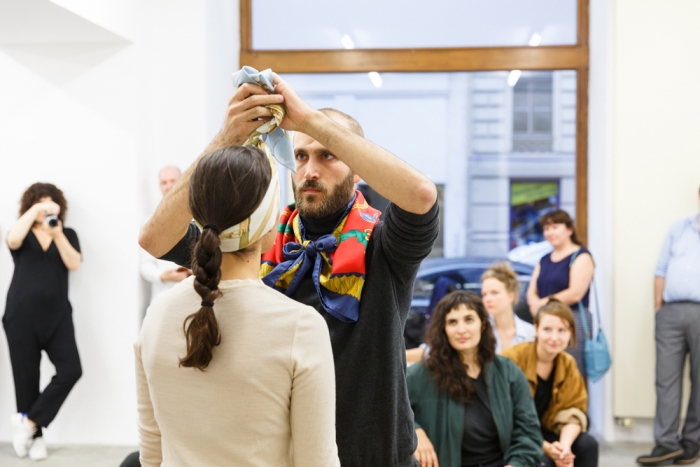 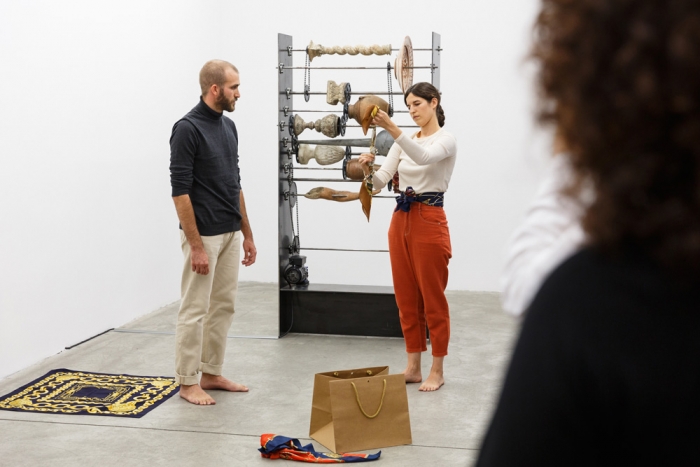 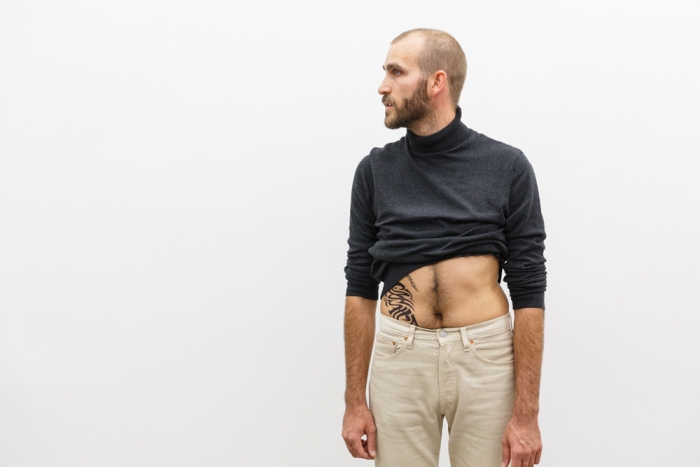 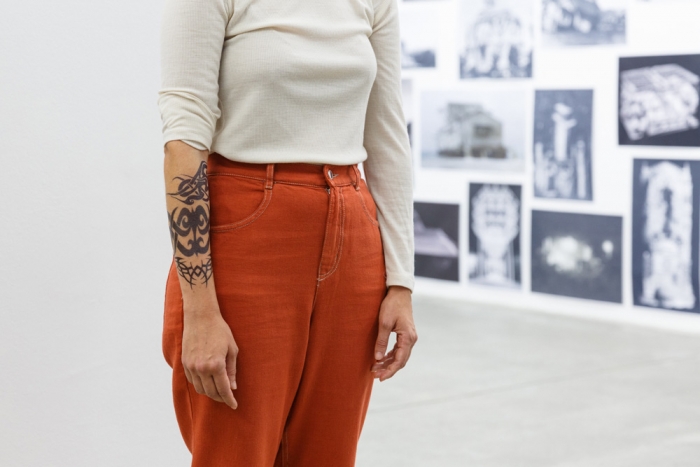 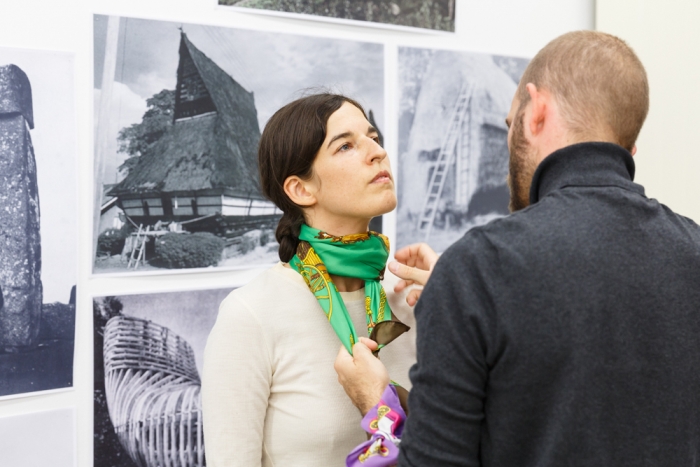 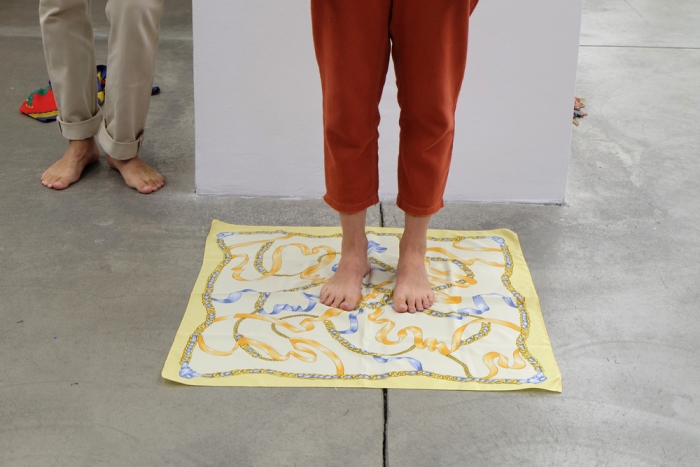