The reins should feel like silk in your hands
-
Giclée print, 5 parts, each 21 x 29,7 cm, 2018
A work with Adrian Schindler
-
Maximilien and Artifacts
Esther and Ribbons
Ana and Ropes
Paul and Chains
Aeneas and Belts 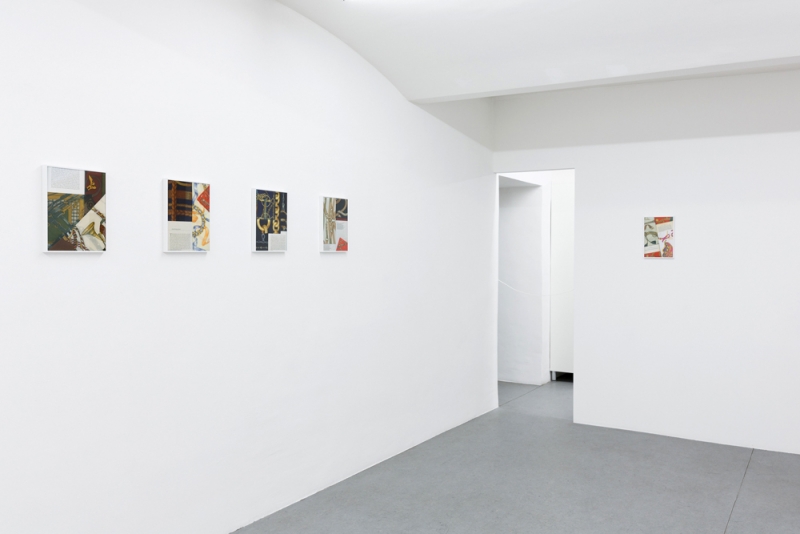 The work analyses the iconography of silk scarves made popular by luxury brands such as Hermès and Chanel, characterized by the interlacing of belts, chains, ropes, harnesses, keys, locks and other accessories of restrictive nature. Through controlled compositions that juxtapose the folded scarves with the pages of open books, the work unfolds a fragmentary narrative that highlights the motifs' relation to power, ownership and domination. Yet these conditions are not only bound to the equestrian world or to luxury but also to the colonial past, to social inequalities or to sexual subordination. Composed with a scanner, the images are camera-less photographs that, like the scarves, flatten three-dimensional objects and convert them into both ornamental and symbolic constructions. 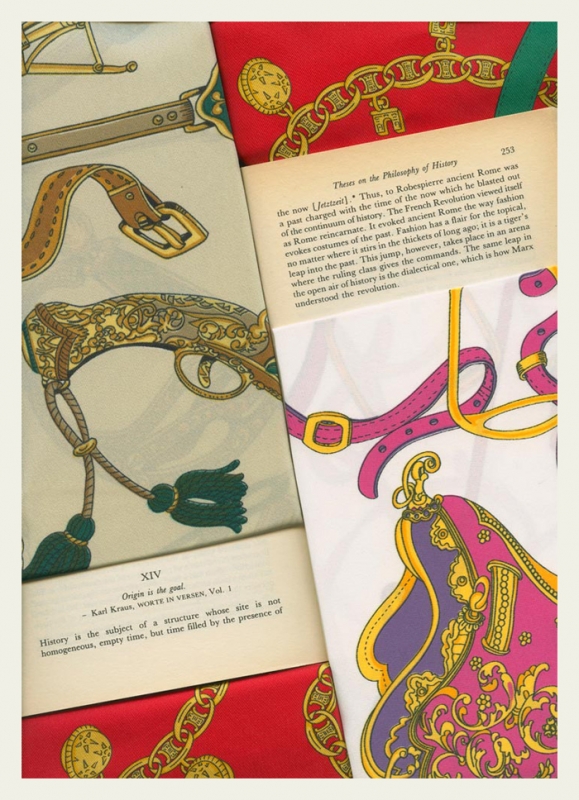 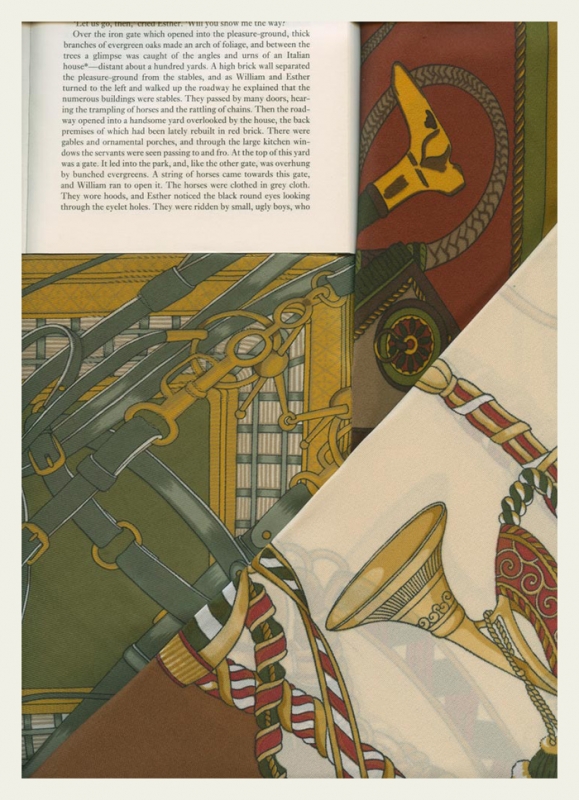 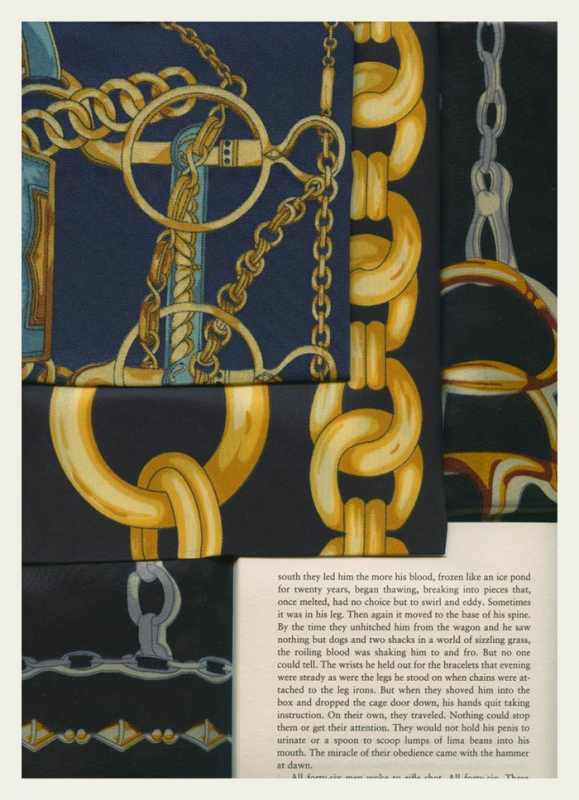 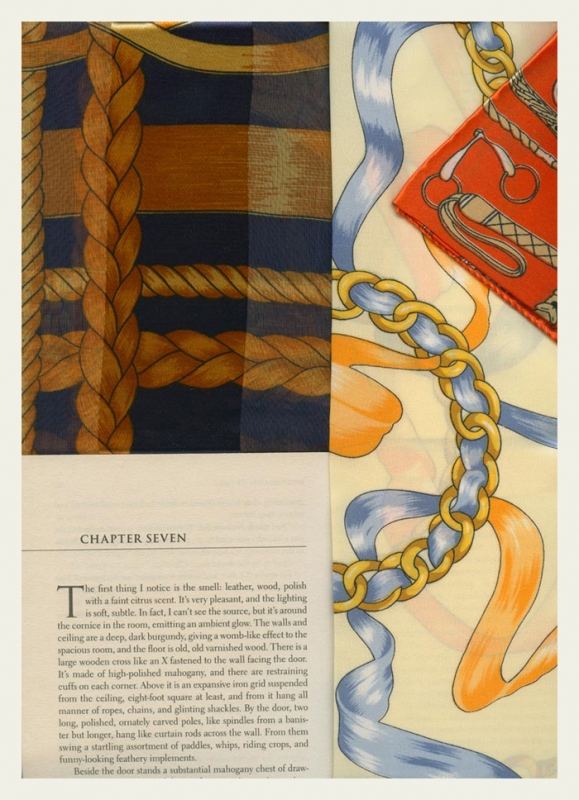 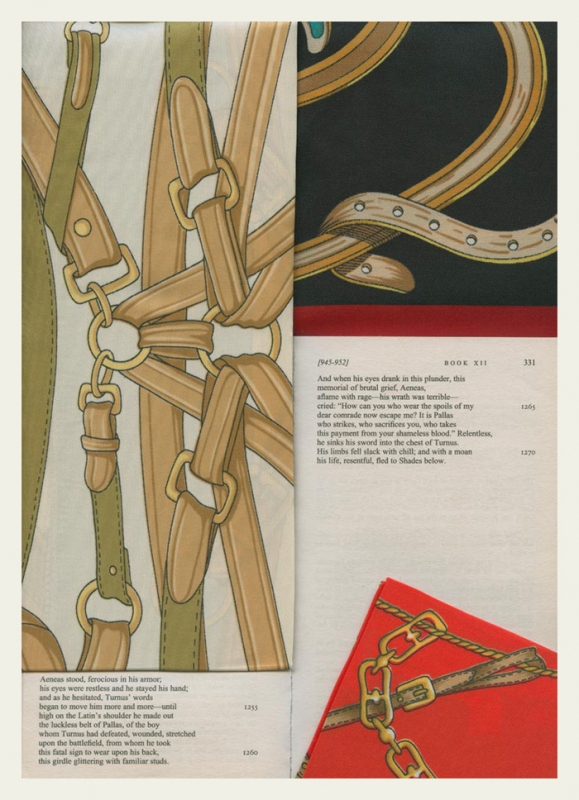